Normally, I would offer you my name, by way of an introduction. Names are important; they are currency in a conversation, they are expected, for good or ill, and we bind ourselves to each other with them. But I won’t be offering my name in this case: talking about my time in prison could cost me my career. This is not unique. Most people with a felony record will tell you that it has substantial impact on their lives, from finding a job to parenting, from finding a partner to answering the question, “Who are you?”

On a sunny day, in September, 2002, I was released from a women’s prison in Michigan. It was early morning, warm, and I was wearing an ill-fitting navy blue sweatsuit and my battered black prison loafers. I went in for the probation violation that broke the camel’s back, and I left with the same three felonies on my record, plus two additional misdemeanors out of… a lot. This has impacted every decision I’ve made to date regarding my place in the world.  It’s affected where I live, where I work, and how involved I can be in activism.

So who am I, if I am not offering a name? I’m a feminist in my late thirties. I excel in my field. My immediate family consists of children, partner, cat. I read a lot, I love to write, and am generally very outgoing. I have very good friends, some of whom have helped usher me into true adulthood. Most people would be surprised by my record; I am excruciatingly “normal” on the surface. My bills are paid on time. I don’t miss work. I don’t, say, go to jail anymore, or even get arrested. I’ve had the same job for ten years, I volunteer at my kids’ schools, I write recommendation letters for other people when they look for jobs, or even go to court, and no one questions their validity. Other parents have me as an emergency contact for their children.

So why dig this up, after all that time, when life is pretty stable? I’m writing this because my experiences with incarceration are embedded in my identity. Prison is a part of my upbringing, as much as any other place I’ve lived. When I talk about my cultural self, who I am, “former felon” is a big piece. As someone who is generally pretty open about most things, it’s hard to hide that portion of who I am.  Doing so feels as if I’m not giving a complete or accurate picture, as if I am not being my authentic self, not being honest about my identity.

Obviously, hiding this piece of my identity is self preservation. I could lose my job, which is foremost, but I also fear losing the respect of peers and mentors, or embarrassing my children. As anyone with a record can tell you, being forthcoming changes the way people look at you. You have to be damn near perfect to get even the most entry level job, one that might even pay enough to live. Often, it doesn’t matter if you interview flawlessly. Identifying yourself as a felon is tantamount to saying “I am an unreliable dirtbag who is probably capable of anything.”

Those aren’t my words, by the way. A manager who interviewed me for a restaurant job, who I am certain was a little drunk, said that telling him I had a record was stupid, and used those very words. He then offered to forget that I mentioned my record if I accompanied him to his office. The worst part of this? I was double digits into interviews, with no money, living with my mom, and for at least a few seconds, I considered it. For $2.65 an hour plus tips and a shot at legitimacy.

On the other side of the coin, there were women I did time with who wore the mantle of mentor, mother, friend, or confidant. They knew that if there’s one place that being an island can be dangerous, it’s prison. I knew many women who could create family from thin air in prison, where to have even a temporary family was more than an act of denying solitude, it was an act of refusal and resistance. I can’t speak to anyone else’s experience, but I was lucky in friendship in a place where I expected very little. There was an older woman, another prisoner, who immediately took me into her little family and taught me about the many unwritten rules, unknowable pitfalls, things that can’t be navigated in solitude:

You need a family. If not this one, another.

Save your oranges, you can eat half and use the other half to make the water taste better.

Don’t share your smokes with everyone you meet. They’ll never stop asking for more, and then you won’t have any.

But also, don’t be stingy with your smokes or you won’t make any friends.

I experienced surprising moments of kindness. One time another woman, one who on principle never spoke to anyone with less than a ten year stretch, gave me the last few minutes on her phone card so I could call my mom on Mother’s Day.

“Don’t matter,” she said, and shrugged it off, shuffling away in her prison loafers. We never spoke again. She’s still there, maybe still avoiding short-termers who will just come and go throughout her endless stretch.

I think about both of these women  when I feel like being stingy with my time or my belongings. I question how I can make their willing generosity a part of my own identity.

Over the course of this series I’ll be excavating my own experience and exploring the struggles and challenges faced by those who are or have been involved with the correctional system. If you have directly experienced any of the following in a prison setting, I invite you to reach out to me, as I hope to share a more complete look at women affected by incarceration, and will respect any need for anonymity or privacy:

Pregnancy, and/or labor and delivery

Treating and handling a physical or mental disability

Activism during and/or after incarceration

It’s been just shy of fifteen years since I got out of prison, and just over ten since I left the system all together, but it’s a part of me, and I am not alone. While I am choosing to remain anonymous, I don’t want to be entirely nameless, reduced to a multidigit number.

In prison, that number replaces your name. It goes on your letters, incoming and outgoing. It’s on all your legal paperwork. It’s what guards call you, when they call you at all. It is that feeling of being less than a person that makes me so certain I have to use a name, even if it isn’t my own. So for now, call me Agnes. Pleasure to meet you. 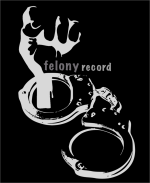